'Rock music is ours. By which I mean it belongs to anyone born between 1950 and 1971. We invented it, and we made the rules. You sit in a darkened room, in headphones, listening to Dark Side of the Moon, trying to work out whether it’s about hope, death or despair.' Jeremy Clarkson over rockmuziek

'Boredom forces you to ring people you haven’t seen for eighteen years and halfway through the conversation you remember why you left it so long. Boredom means you start to read not only mail-order catalogues but also the advertising inserts that fall on the floor. Boredom gives you half a mind to get a gun and go berserk in the local shopping centre, and you know where this is going. Eventually, boredom means you will take up golf.'

'What I want is a mobile phone with a battery that lasts for more than six seconds. This means no colour screen. A colour screen uses more electricity than the Pentagon. I do not want it to take photographs. I do not want it to play music. I do not want to receive emails. I want it to be a telephone. No such device is offered. Can you believe that? Seriously. Not one single mobile-phone company in this vast and glorious world is offering a phone that is just that. A phone. A device that enables you to speak with someone a long way away.

Why? When I go to my local off-licence to buy a bottle of wine, I am not told that the bottle also contains a packet of Werther’s Originals, a typewriter, some insect repellent, the throttle cable from a 1974 Moto Guzzi and a million other things that will simply impair my enjoyment of the wine. I am very angry about this.'

'You have city-centre pubs where men go to meet girls, not realising that all girls in city- centre pubs have thighs like tug boats and morals that would surprise a zoo animal. Show me a man who married a girl he met in a city-centre drinking pub and I’ll show you someone who’s made to wait in the loft, playing darts, while she entertains lorry drivers in the front room.'

'These people go on to tell us that mobile phones will cook our children’s ears, that long-haul flights will fill our legs with thrombosis and that meat is murder. They want an end to all deaths – and it doesn’t stop there. They don’t even see why anyone should have to suffer from a spot of light bruising. Every week, as we filmed my television chat show, food would be spilt on the floor, and every week the recording would have to be stopped so it could be swept away. ‘What would happen,’ said the man from health and safety, ‘if a cameraman were to slip over?’ ‘Well,’ I would reply, ‘he’d probably have to stand up again.'

'Although the W came along in the tenth century, modern Germans still seem to manage perfectly well by using a V instead. Except when the German managing director of Aston Martin tries to say ‘vanquish’.'

'William Shakespeare has probably done more to damage the cultural worth of Britain than anyone else in the whole of human history. After endlessly having to study his plays on the school curriculum, generations of children have ventured into adulthood convinced that all literature is coma-inducingly dreary. I don’t blame them. Portia’s speech about the ‘gentle rain’ is in no way as stimulating as 10 minutes on Grand Theft Auto. I believe that Shakespeare, along with Milton, Donne and Chaucer, has a place in modern Britain. And that place is deep in the bowels of the British Library, where he can be studied by hardcore language students.'

And anyway, 56 weeks is nothing compared with the amount of time I really do waste, standing outside the front door in the freezing cold waiting for my wife to find the keys in her handbag. And then there are the aeons I waste waiting for her to answer her mobile phone. Normally, it rings for 48 hours before she finds it nestling at the bottom of her bag, underneath a receipt for something she bought in 1972.

These days, if I suspect her phone might be in her bag I write a letter instead. It’s quicker.' 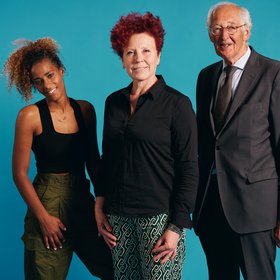 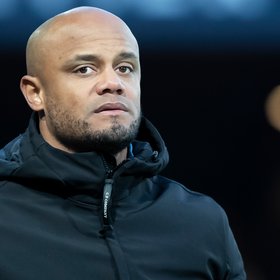 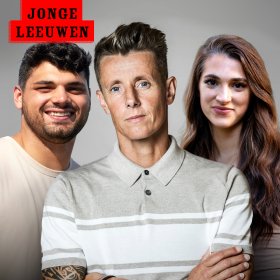 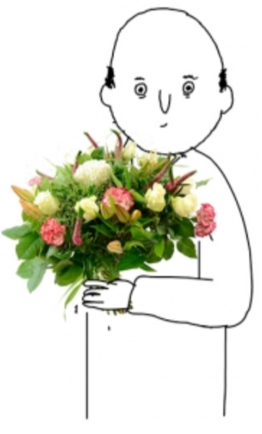